How a CGI program runs

A web browser sends a request to a web server. The request goes to port number 80 on the serving computer.[1] A request looks like this:

Each line is followed by a carriage return and a line feed character.[2] At the end of the request, there is a blank line.

If the browser requests a file such as index.html, the web server software searches for the file and sends it.

A web server which can run CGI programs,[3] on receiving the instruction above, checks it, then looks for a program /program.cgi. If the web server does not find the program, the web server returns a "not found" error back over the internet to the user.[4]

How the server talks to the program

The type of request which the user has made is given by the environment variable REQUEST_METHOD. This usually has the value GET or POST. The POST request is a request where the user sends information to the CGI program via the program's standard input. See Post requests.

The CGI program returns a message to the user via its "standard output". In the case of a C program, that means that printf statements are enough to send the message from the CGI program via the web server.

The message consists of two parts. The first consists of HTTP headers, and the second can take any form. Between the two parts there is a blank line.

The message returned by a CGI program must begin with correctly formatted HTTP (HyperText Transfer Protocol[5]) headers. The bare minimum allowed is the Content-Type header with a MIME[6] type for the content to follow:

The web server turns this into an HTTP header

A CGI program does not need to print a status line, since the server adds a 200 status if no Status: header is found in the CGI output.

Sending information from the user

A request to a CGI program can also send information from an HTML form. HTML forms are described in the HTML 4.01 specification. If the HTML form uses the "GET" method, then the contents of the form are converted into a part of the URL of the request itself. For example, a form like

sends a request to the server of the form

If there are multiple fields in the form, they are separated with an ampersand. For example,

sends a request to the server of the form

For example, if one types @&=+?# into the above HTML form, the browser converts this string of disallowed characters into the form

where each character is now represented by a percent sign and its hexadecimal ASCII value. For example, %40 represents @, and %3F represents ?.

Percent encodings may also be used to encode non-ASCII characters. In this case, the interpretation of the bytes depends on the text encoding used in the original web page.

A "post" request is a request to the web server where the user sends some input along with the request. For example, if the user types some text into a form, or uploads an image, these are usually sent as "post" requests.

The user's input is sent to the CGI program via the program's "standard input".[7]

Post requests involve two new variables, CONTENT_LENGTH and CONTENT_TYPE. CONTENT_LENGTH gives the number of bytes to expect on standard input. CONTENT_TYPE is the value of the Content-Type: header sent with the user's request from the web browser, and tells the CGI program what kind of content it will receive.

There are two main types of content which may be sent. The default behaviour of an HTML form is to send the form's contents as url-encoded. For example,

sends a message of the form

with a CONTENT_LENGTH of 22, representing the twenty-two bytes of the above text plus a final carriage return character. This uses exactly the same ampersand-separated, percent-encoded format as for GET requests.

It is possible to specify this encoding by setting the enctype attribute of the HTML form element to the value "application/x-www-form-urlencoded":

but this is not necessary since this is already the default.

As with the GET method, the web server software does not split the parameters or decode the percent encoding, so the CGI software must do this itself.

This encoding sends the values from each field of a form as individual parts of a MIME message separated by a boundary. The boundary is extracted from the CONTENT_TYPE header. For example, a form like

turns into a CONTENT_TYPE value of the form

and standard input of the following kind:

The boundary text is repeated to split the message into pieces. The exact form of the boundary text is random and depends on the web browser the user has. The above example is from Google Chrome. The CGI program has to extract the boundary string from the CONTENT_TYPE variable and then split standard input. The marker for the very last place to split is marked by the boundary plus two minus signs added at the end.

Unlike the URL encoding, characters like ! are not percent-encoded in this format. Thus this method is more suitable for a transfer of a large amount of binary data. Percent encoding triples the length of most of the binary data, but multipart/form-data leaves it in its original form. 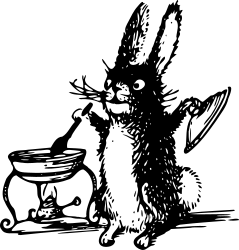 The usual behaviour of a CGI program is to run, create the web page or other data requested, and then halt. Therefore, even if the user sends some identification with a first message, the CGI program does not remember the user for the next request. The user therefore needs to inform the CGI program of his identity each time.

The most common way for a user to give an identity is by means of "cookies". Cookies are small pieces of information supplied by the server to the user, which the user then returns to the server with each request.

The server sets a cookie on the user's computer with

sent as part of the HTTP headers (see HTTP headers). The cookie is then remembered on the user's computer until he closes his browser. It is also possible to make a cookie persist beyond the point when the user closes the browser by setting a date.[8]

It is also possible to delete a cookie by setting the expiry date to before the current time.

The user sends back his identifying cookie with each subsequent request to the web server using the Cookie: field of the HTTP request. One page may have more than one cookie set.

The value of the Cookie field of the request is made available to the CGI program via the HTTP header HTTP_COOKIE. The CGI program must extract the relevant cookie from a list of semicolon-separated cookies.

The MD5 checksum is a way of ensuring the integrity of data as it travels across the internet. The value of the MD5 checksum is calculated from the content of the page before any compression (see Compressing the output) is applied. It does not apply to the HTTP headers.

There are various ways to compress the output of a CGI script. Whether or not these may be sent by the CGI program is controlled by the Accept-Encoding header of the HTTP request which the browser sends. Its value is available to a CGI program via the environment variable HTTP_ACCEPT_ENCODING. Most browsers and web crawlers accept data compressed using the gzip and deflate formats.[9]

The CGI program informs the client that it is sending compressed content using the Content-Encoding header. For example, if it sends gzip-compressed output, this looks like

Compression is usually applied to data in text form, such as with the mime types text/html or text/plain, but not to image files such as JPEG or PNG files, which are already compressed.

Copyright © Ben Bullock 2009-2021. All rights reserved. For comments, questions, and corrections, please email Ben Bullock (benkasminbullock@gmail.com) or use the discussion group at Google Groups. News about the site. / Privacy / Disclaimer